The Power of the “Woman Card” 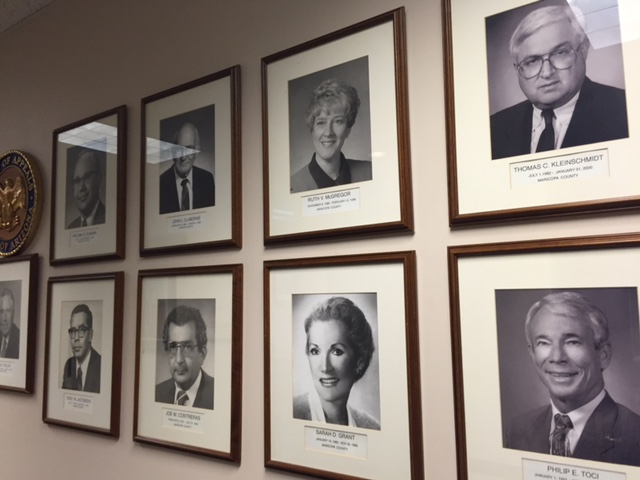 Friday I traveled to my homestate of Arizona and back to celebrate the life of a woman close to me and to my family, Judge Sarah Dickenson Grant.  Sarah was my mother’s best friend, and her daughters were roughly my and my sister’s ages.  We girls grew up together, and our mothers fretted and crowed over us together.

The remembrances to Sarah in person and online all spoke to the power of the second wave, white feminist network in Phoenix.  Sarah’s daughters and granddaughters each testified to the confidence they had in themselves thanks to her love and encouragement. A former clerk spoke about her as a mentor and friend.  A lawyer wrote on social media about how Sarah took her under her wing when the workplace was very male-dominated and ensured that her career flourished.

As I reflect on my childhood, I think about how I was surrounded by these predominantly white women and raised in this network.  The privileges it granted me.  What I learned and saw as a result; what I didn’t.

My own mother spoke at the service about Sarah as a friend and also a judge, a fellow woman judge when there were few.  As my mother recounted, Sarah’s seat on the Arizona Court of Appeals was known as the woman’s seat.  My own mother was the first woman on that court.  When Carter appointed her to the the federal bench, Sandra Day O’Connor was appointed to replace her, and then Sarah Grant to replace O’Connor when she joined the Supreme Court.

So on the long hallway of portraits of Arizona appellate judges at the courthouse today, you’ll see the parade of predominantly white men, interrupted by my mother and O’Connor next to each other, and then Sarah.  Above her is Ruth McGregor, who came to the court in 1989. So for 14 years, there was one woman, and only one woman, and she was white.  The court was also entirely white until 1995, and the all the women who have served have been white until Judge Patricia Orozco was appointed in 2004.  (The Arizona Bar Association has a trailblazers webpage documenting the breaking of many gender and race barriers.)

On my travels home, I saw Clinton’s fundraiser based on Donald Trump’s accusation that she played “the woman card.”  Clinton turned what Trump intended as insult against him by saying “deal me in,” and now is raising money by giving out a “woman card” to donors to her campaign.

The judges and lawyers who surrounded me growing up also knew how to play the woman card, and they played it well.  Like Clinton in her speech, they advocated more fiercely in the face of discrimination.  In fact, at the memorial service sitting two people away from me was one of the key state fundraisers for Clinton in Arizona.  (Not a judge, but part of the legal and professional network in Phoenix dating back to the 1970s.)

The few Arizona women judges regularly got together, and along with other women lawyers and professionals in Arizona formed a very tight, supportive network.  The judges even created a “judge Barbie,” which they passed among themselves ceremonially.  Judge Barbie was a white Barbie doll dressed in judicial robes with a gavel.  Whenever a woman was appointed to a state court, they got together and passed Judge Barbie on to the new judge.  They decided as a group that Barbie would retire when an Arizona woman was appointed to the U.S. Supreme Court.  (No one guessed it would happen so quickly!!)

The power of the woman card is apparent when you look at the tight network of the women who have served on the AZ Appellate Court.  Mom and Sarah were best friends. McGregor clerked for O’Connor.  Both McGregor and another judge appointed in 1989 (Susan Ehrlich) were appointed by Arizona’s first woman governor, Rose Mofford.  All four of the women currently on that court also connect to the network:  Judge Orozco along with Judges Diane Johnsen, Margaret H. Downie, and Patricia Norris, were all appointed by Governor Janet Napolitano, who clerked for my mother.

Clinton understands this power and seeks to use it to undermine Donald Trump.  In the face of his sexism, she defines the woman card as advocacy for women’s equality.

Part of my path as an adult has been to reckon with the privilege and consequences of being raised in this white feminist network.  One of Clinton’s challenges, or really obligations, is to prove that the woman card is not just a benefit of white women.  That when she plays it, she plays it to benefit women not as privileged as herself.