On Kindness and Critique: my thoughts 2 years ago on the “Gospel of Jesus’s Wife” 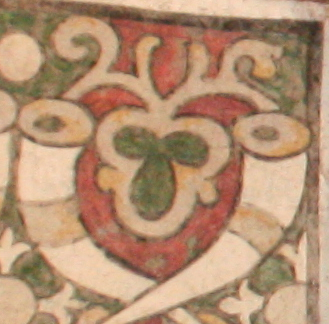 Two years ago, my former colleague and all around smart, kind, and funny person Anthony LeDonne invited me to give an interview on the so-called Gospel of Jesus’s Wife on The Jesus Blog. I revisited this interview in the wake of Ariel Sabar’s article in the Atlantic about the owner of the fragment and then Karen King’s statement that she now believes the fragment to be a forgery.

We also need to be more open about our ongoing work. Especially those of us with the luxury of tenure. The field–the world–benefits when we are willing to take the risk and open ourselves up to collaboration and even critique along the way. Likewise, the scholarly community in turn needs to respond to scholars who take an open approach in a constructive, collaborative manner, not with personal attacks or dismissive criticism. Working on new areas of research or unpublished manuscripts is very hard; the people who publish first almost inevitably make mistakes or come to conclusions that will change in the future. This kind of open, collaborative work is hard. But this event shows us it is necessary.

In the two years since, I have expressed both criticism and understanding about how King has responded to the subsequent scholarship on the Gospel of Jesus’s Wife.  The story has been complex.  My intentions have been in the spirit of this paragraph I have quoted.  As someone who’s worked on unpublished manuscripts and published a book based in part on that material, I know that the likelihood is high someone is going to come along and write something that proves some aspect(s) of my work wrong.  I also count among my friends two scholars whose reviews of my book pointed out errors in my translations or interpretations.

I hope we continue to think about what kinds of scholarly communities we create.  My wish is for us to create communities in which scholars do their best work and take risks, knowing that the community of scholarship is there to help us all move forward rather than tear each other down.

Edited to add:  We are currently living in a world in which Humanities scholars feel increasingly pressured to make our work public, “relevant,” and of interest to the media.  In this environment, we must figure out ways to support each other even during moments of critique.  As I said two years ago, this work is hard.

Previous PostMore on Social Networks and Provenance
Next Post On Institutional Responsibilities and on Gender: Final thoughts on the G of Jesus Wife

1 thought on “On Kindness and Critique: my thoughts 2 years ago on the “Gospel of Jesus’s Wife””