Mary Had an Arduino Kit… 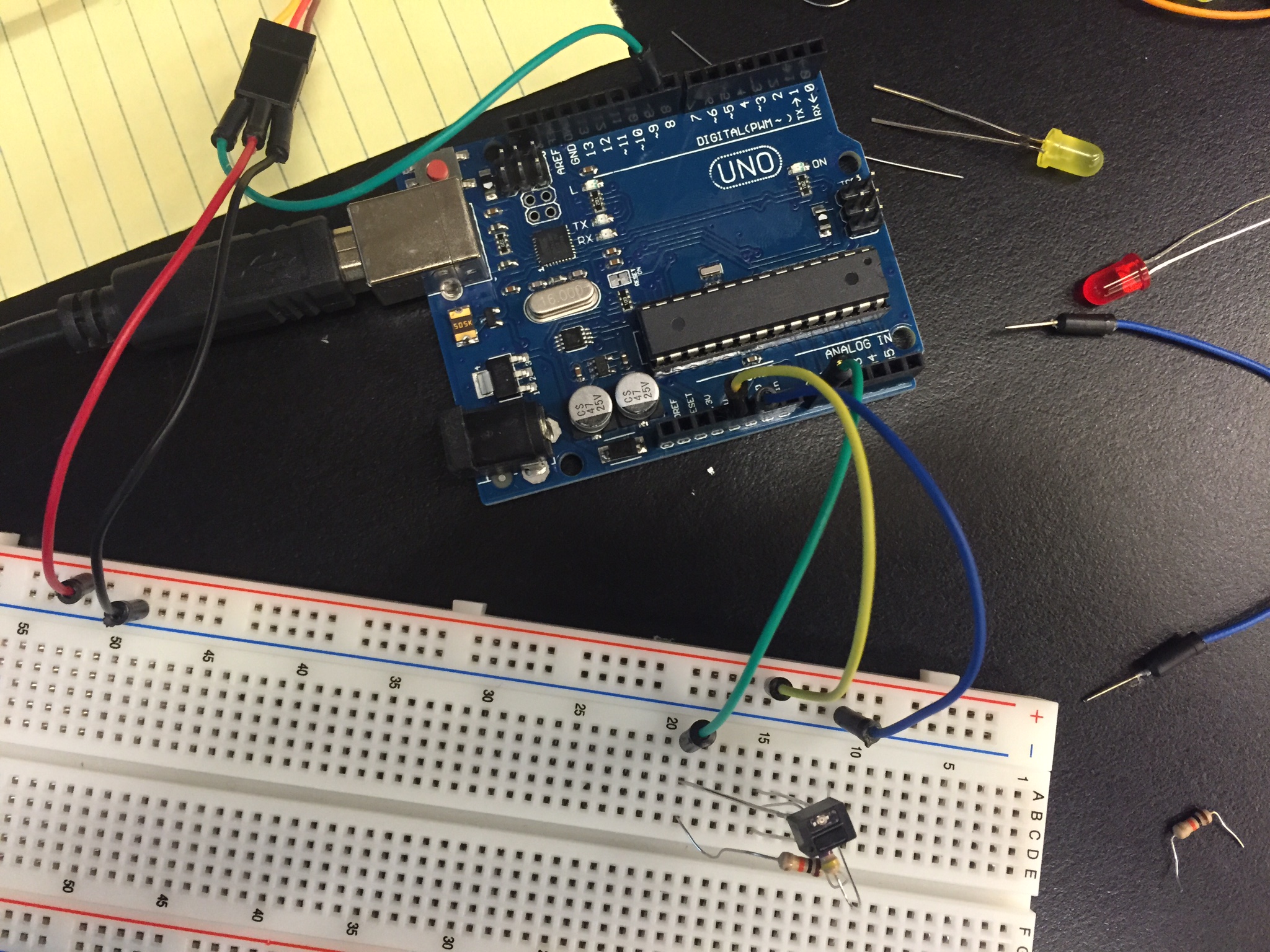 My first day in Physical Computing and Desktop Fabrication (yesterday) at DHSI involved playing around with an Arduino kit — basically a little computer board you can add lots of components to to make some cool electronic stuff.  Our instructors, Tiffany Chan, Katherine Goertz, Danielle Morgan, and Jentery Sayers, are in the Maker Lab here at the University of Victoria, and they set up some fantastic instructions and guides for us as we played around.

The first step was simply to hook up the kit to the computer and ensure we could run a simple program from our computer to the board.  The first program was a basic blinking light.  Our second was turning on a light using a button on the board.  The programs came preinstalled with the software for the Arduino.  We had to hook up the wires and LED light properly on the board, hook it up, hit “compile,” and hit “send” to send the code to the board.

We worked through the exercises for playing sounds from the board… playing different tones from the board based on the amount of light detected by a photocell:

(Honestly I have no idea whether you will be able to hear anything given all the background noise.)

We also ran a little servo using a potentiometer and then a sensor.

Our group was pretty ambitious, though.  We set out to combine the sound and light programs to play “Mary had a little lamb,” with an LED light blinking along to the tune.  Sadly I did not get a video, but we succeeded nonetheless.  It was a team effort — each of us three working in a group contributed to the logic or code of the program.

As we were working, I had flashbacks to high school.  We were trying to figure out which resistors to put on the board, and I thought of the time I was on the circuit board team for what I think was the Science Olympiad back in 1988 or 89.  Our advisor, Tom Vining (a great physics teacher), assured us that we wouldn’t have to memorize all the color codes on the resistors.  But no, we arrived at the competition, had to put together a circuit, and apparently were expected to know all the codes. The other teams were confidently hooking things up, while we randomly put stuff together, hoping it would work.  (Needless to say, the Saguaro Sabercats did not do too well in that part of the competition!)  Now this info is just a Google away.

Today we’re doing 3D modeling…another post soon about that.  First a huge shoutout to our instructors, who’ve provided some amazing instructions and guides for us.

Previous PostOn Palmyra and 3D Modeling Cultural Heritage in the Middle East
Next Post Whose heritage are we remixing?

1 thought on “Mary Had an Arduino Kit…”