More on Social Networks and Provenance 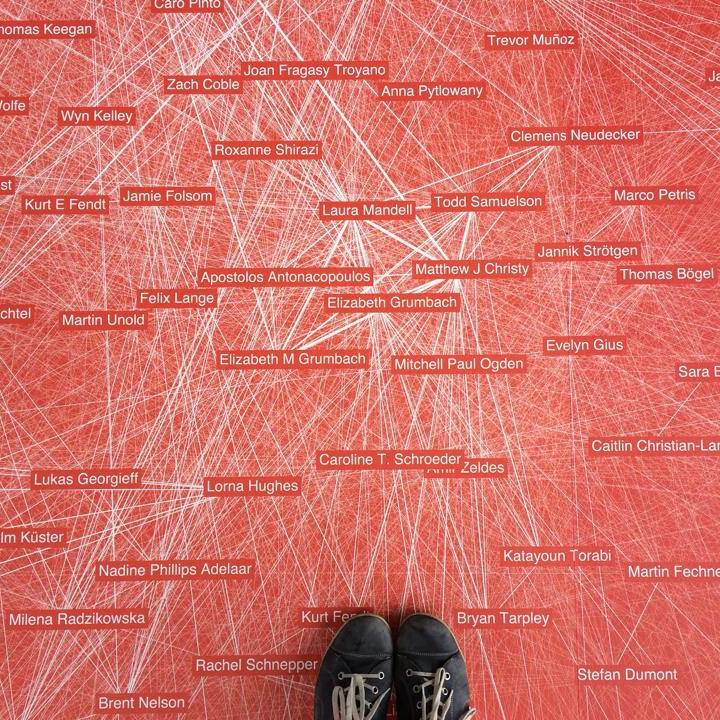 There have been some really great conversations on Twitter and Facebook this morning about the article in the Atlantic on the owner of the Jesus Wife fragment.  I want to add some more thoughts that have had a little more time to simmer.

A lot of the article focuses on the background of the owner of the fragment.  This information is all important for understanding the story.  I think it’s dangerous, however, to imprint upon the fragment whatever “sketchiness” or “skeeviness” we attribute to the owner.  Does the fact that the owner was involved in pornography necessarily mean the fragment is inauthentic? No.  Does his knowledge of Coptic prove inauthenticity? No.  Do his financial troubles prove it was a forgery? No.

More important are the inconsistencies between the owner’s accounts of provenance and ownership and the documents.  These inconsistencies, if known from the beginning, would have flagged the object as either a forgery or an illegally trafficked object from the get-go.  This is important.

Of course, not all of the objects we study in museums and libraries now have clear provenance; and yet, a new object of potentially significant historical value should still be scrutinized.  And, I would argue, we should be more conscious of and transparent the uncertain or potentially unethical origins of documents we’ve been studying for years.  (My paper at the North American Patristics Society this year was in part on this issue.)

The article, as Jennifer Barry pointed out on Twitter, positions the author as the expert excavator who has uncovered a truth that academics could not or refused to uncover ourselves.  It omits critical scholarly conversations.

I’ve also seen remarks on social media about whether this story exposes a problematic trend in politics in scholarship right now (and in this case I think the critique may be directed at feminist scholarship, rather than politics about provenance).  And remarks criticizing academic elitism, citing my work.

So I want to say a few things about academic social networks, how they contribute to the production of knowledge, and the Jesus Wife Fragment as a very public example of this.

We saw academic networks function in a couple of exclusionary ways in this saga.  We saw a network of scholars who originally worked on the fragment, and who didn’t fully engage with the work of scholars outside that network — especially scholars working online.  We also saw a network of scholars who produced some sexist, gendered language in their work about the fragment and then excluded the participation of feminist critics.  We saw two major publications — issues of HTR and NTS — devoted, or mostly devoted, to this topic; my own informal conversations at conferences and on social media brought me into conversation with people who were quite critical of the configuration of scholars and articles in one or the other of those volumes.

I think the calcification of scholarly social networks, whether a product of sexism, or unconscious elitism, or other factors, is problematic for the production of knowledge in our field.  Both elitism in academia and sexism in academia are well researched, well documented phenomena.  And I think they both operated here.  In addition, religious identity and religious politics proved important, as well, in some scholarly conversations. (Which Anthony LeDonne’s book documents, among other things.)

Social media — a place where much scholarly conversation occurred about this fragment — exacerbates the problems present in physical networks.  Our carefully “curated” social media feeds can contribute to the calcification.

I think Barry’s point is well-taken about the frame of the article.  Academia writ large comes off as rather incompetent here, even though there was a lot of important work being done by academics.

I also think that multiple constituencies and actors really erred in the course of this saga.  (I even erred in some language on my previous post!)  So I am resisting the temptation to critique the critique, to take a defensive stance.  Because I think we have a number of lessons to learn on provenance, gender, and the methods with which we conduct our work.